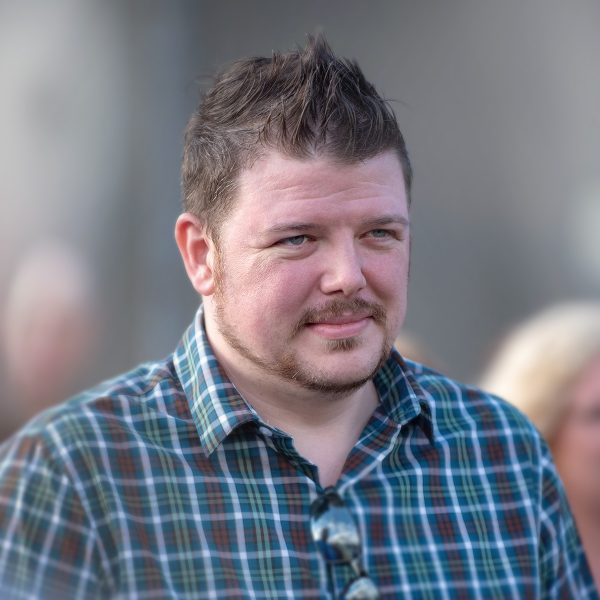 Authored Articles
"Our software will hook up your applications like a big ‘meet up’."

A software developer who has a broad range of expertise visualizing complex problems and providing efficient and clear solutions. His experience ranges from developing and implementing code in a variety of languages to architecting enterprise applications and administrating internal systems.

At Lantana, Sean began by designing and developing a web service supporting the XCA interface/standard for transmitting documents and metadata between medical systems. He designed and developed a tool that lets users to scan documents into a medical system. Sean now leads the engineering department’s involvement in multiple projects involving application development including Lantana’s open-source software tools Trifolia Workbench, Trifolia-on-FHIR, and the Validator.

What technological advancement can you not live without?

Remote access to computers. Even in my home office, I leave my laptop downstairs and remote into my laptop from my desktop upstairs. It makes it very easy to pick up the laptop, go, and resume work elsewhere.

If you had a super power what would it be?

Telekinesis. You could do so much… You could fly. You could work two keyboards at once. You could bake a cake, make a sandwich AND poor yourself a drink at the same time. You could disarm a bad guy without fear. The list goes on.

If I ruled the universe:

There would be a quicker/easier method of transportation. It takes too long to visit the ones you care about. It should be easier.

I can’t live without:

My family, of course…and games. There’s nothing quite as fun as playing Mario Brothers with my wife and daughter. We laugh with joy and shout in frustration.

What was your first job?

I won a programming contest that landed me a software development job.

Practice what you preach. Too often people say one thing, but do another. If you give good advice, chances are you should take your own advice.

Sean Connery. I was named after him and I’ve watched him for as long as I can remember. Only from interviews I’ve seen on TV can I imagine that he would be a great person to call a friend.

My favorite quote is:

“Let the future tell the truth, and evaluate each one according to his work and accomplishments. The present is theirs; the future, for which I have really worked, is mine.” – Nikola Tesla

When you were 8 years old, what did you want to be when you grew up?

Building Architect. I used to draw these elaborate “blueprints” which, in some cases, were quite detailed (showing measurements by feet, swinging doors, etc).

Downtime: how do you relax?

Read a good book or play a good video game. I’m a big fan of games, and love a good story… and so if I find a game that has a good story—just awesome.